What’s happened in February so far?

Recently, we have encountered a stack of cryptocurrency and Bitcoin fundamental news. We thought it would only be appropriate to release another brief article to members updating them of it!

February has been another rollercoaster ride for Bitcoin and the wider cryptocurrency market, with BTC tumbling to around $39k as of writing. So fundamentally, what has happened?

The main thing overshadowing not only the cryptocurrency markets, but all other financial markets globally, is the impending Russia-Ukraine war which is sapping all risk appetite. As tensions have continued to rise, Bitcoin and cryptocurrency prices have subsequently crashed.

Bitcoin on the 18th of February fell over 10%, crashing towards $40k, with Ethereum, XRP, Solana and Cardano seeing similar declines, with over $200 billion being wiped from the market. 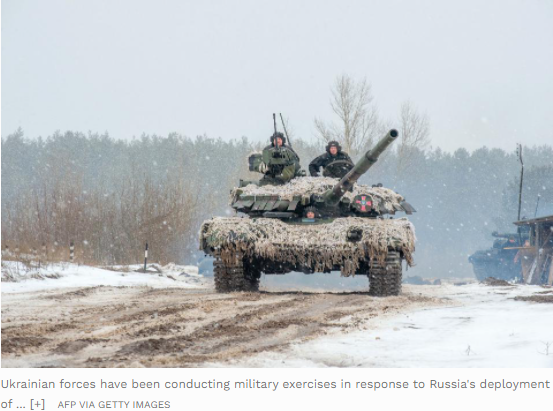 The financial markets plunge has been a response to President Joe Biden’s claim that Russia may potentially invade Ukraine in the coming days. Investors have become increasingly worried about the war, with potential sanctions imposed on Russia risking undermining global financial stability.

Head of Research at Coinbase Institutional, David Duong, said “crypto performance in the last week shows us that there’s very little room for complacency regarding any of the major themes impacting this market… Open conflict could potentially affect Bitcoin hash rates, which could exacerbate the knee-jerk market reaction weaker for high-beta risk assets like crypto”.

Additionally, President Joe Biden has stepped up his pursuit of Bitcoin and cryptocurrency, reportedly issuing an executive order on cryptocurrency this week. It will advise a wide range of government agencies to come up with a strategy to regulate cryptocurrency assets. Per Bitcoin News, The Treasury Department will be in charge of compiling a report to the president on how to protect against risks from cryptocurrencies after consultation with the SEC, CFTC, and federal banking agencies. The executive order will also examine consumer, business, and investor protection measures. Other issues it will address include stablecoins, privacy, and distributed ledger technology (DLT). Last week, the Federal Bureau of Investigation (FBI) launched a new unit to tackle crypto exploitation and the Department of Justice (DOJ) appointed the first director for its National Cryptocurrency Enforcement Team.

The threat of increasing regulatory and high taxation pressure in tangent with the impending war pressure has resulted in serious market wide dips.

This actually goes further than BTC. A prominent Non-fungible token (NFT) trading platform – Opensea.io has had malicious hackers hacking people’s accounts and leading to the theft of many NFTs.

Co-Founder and chief executive of OpenSea, Devin Finzer, said “as far as we can tell, this is a phishing attack. We don’t believe it’s connected to the OpenSea website. It appears 32 users thus far have signed a malicious payload from an attacker, and some of their NFTs were stolen… Importantly, rumours that this was a $US200 million ($A278 million) hack are false… The attacker has $US1.7 million ($A2.37 million) of ETH in his wallet from selling some of the stolen NFTs.” As a result, a widespread plunge in the prices of NFTs occurred, with investors panicking. This could have been another reason as to why there was also a widespread plunge in the cryptocurrency market.

Were there any positives?

The funny thing is, the cryptocurrency market has actually never had better news flowing in across its life span. That’s how hard the impending war and U.S. regulation is dragging the market down.

California has introduced a bill that would authorise state agencies to accept Bitcoin. Existing law establishes state agencies for various purposes, including to provide certain services to the public for which payment is required. This bill would authorise a state agency to accept cryptocurrency as a method of payment for the provision of government services. Furthermore, another U.S. state, Illinois, has introduced a bipartisan bill to offer $160 million in tax breaks to Bitcoin miners.

Intel has doubled down on the ASIC miner rumours, confirming they are launching their own investments into blockchain technology with a new chip designed to mine cryptocurrencies. They went on to detail that they will begin selling the chip customised to mine Bitcoin and other cryptocurrencies later this year. In a blog post, Senior Vice President and General Manager of Intel’s Accelerated Computing Systems and Graphics Group Raja M Koduri said the company declares its “intent to contribute to the development of blockchain technologies, with a roadmap of energy-efficient accelerators”.

This comes on top of Arizona introducing a bill in Arizona that would make Bitcoin legal tender in the state, Ted Cruz showing his support for BTC & cryptocurrency, Tennessee lawmakers introduced two bills to allow Tennessee to invest in cryptocurrency and blockchain, law officials seizing $3.6 billion in Bitcoin stolen in the Bitfinex hack, Russia expecting to recognise cryptocurrency and digital assets as a form of currency, KPMG adding Ethereum and Bitcoin to their balance sheet, JP Morgan declaring BTC will hit $150k in the long term, and Blackrock now offering Bitcoin trading services to its investor clients, all of which was detailed in our last update.

So where to from here, technically? It is mostly bearish, but still definitely a grey area. There are signs of downside exhaustion on the Bitcoin Daily chart. A pull back to as low as $30k is possible. With U.S. regulation impending, as well as a war potentially about to occur right before our very eyes, it is important all traders and investors keep their eyes peeled throughout the coming weeks!