TerraUSD (UST), a digital token with a once $16 billion market capitalisation that is designed to maintain a 1:1 peg with the dollar, known as a stablecoin, nosedived over the past 36 hours.

Its price fell below $0.65, before somewhat recovering to $0.93 as yesterday before tumbling to as low as $0.59 as of writing. In other words, UST failed dramatically at the one thing that it was supposed to do – maintain parity with the dollar.

As of writing, LUNA has produced seven consecutive daily-red candles, drastically falling from its price of $120 just a month ago.

Some of the less advanced readers may be wondering, why is this bad? Well, imagine the AUD losing value, not gradually over time (thanks inflation!), but within a day, hours and minutes. Imagine a cheeseburger from McDonald’s costing $2 in the morning, then $3 in the afternoon! Not that I expect anyone to be purchasing cheeseburgers in the morning and afternoon on a cold Wednesday.

Additionally, those individuals who relied on UST being valued at $1, i.e. someone lending UST on a decentralised finance protocol, is now in serious trouble.

The UST is a special type of stablecoin that’s called an algorithmic stablecoin. This means that, unlike USDC and USDT, it’s not backed by actual cash in a bank, but it maintains its peg to the dollar via some other mechanism. 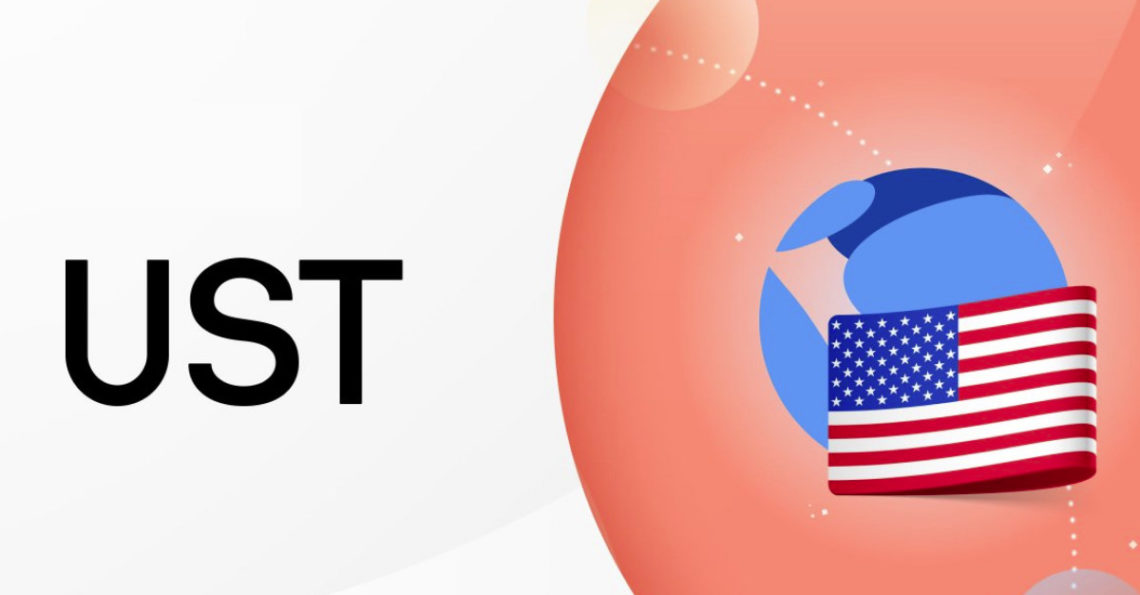 A great thread on explaining this can be read here.

Alternatively, you can read the actual documentation here.

Essentially, the UST was formed and maintained by an organisation called Terraform Labs, which also maintains the actual blockchain itself, Terra. This then has the token “LUNA” as a “sister” cryptocurrency, to which it is inseparably linked, as you must burn LUNA to create UST and vice versa. Here, in a rational world, you exchange 1 UST for $1 worth of LUNA. The system is designed to take advantage of supply and demand; should demand for UST drop and its price lose peg to the dollar, arbitrageurs (traders who make money from market inefficiencies) will (in theory) sell LUNA for UST until the balance is restored.

The mechanisms of supporting UST’s price are semi-automated and work well in a majority of reasonable scenarios, even when there’s lots of volatility. However, they do not work well in extreme scenarios, such as market demand for LUNA and/or UST disappearing overnight or a complete crash.

There’s another mechanism that protects UST’s peg to the dollar. Called LFG (Luna Foundation Guard), it’s a well-funded organisation that can add collateral needed to protect the UST’s price. The easy way to do this would be to just deploy dollars, but the LFG has been buying massive amounts of Bitcoin, adding it to the treasury that can be used to protect the UST’s price.

Given the current macroeconomic climate with rising inflation, interest rates and stock markets globally tanking, Bitcoin as a result has absolutely tanked to almost $30k as of writing. Thus, the Bitcoin reserves that LFG have been building up are worth far less, and the LFG seemingly has been forced to dump it at a lower price in an attempt to stabilise things. This has not only been detrimental to Terra and its stablecoin, but the wider market.

Moreover, there seems to have been some bad actors involved. I won’t go largely into detail on that here, but here is a Twitter thread that explores that possibility. Who knows the absolute truth of it, but still an interesting read nevertheless on the actors within this market and what they can achieve.

So what exactly occurred?

Last weekend, UST started to deviate from $1 as macroeconomic uncertainty continued to mount in the light of the 50bps rate increase on Wednesday, concern about April’s inflation numbers, and the double-digit dips impact most cryptocurrency tokens in recent days. We can also include the allegations of bad actors in here.
As all of this was happening, over $5 billion worth of UST was being drained out of the Anchor Protocol, a DeFi lending application that runs on Luna. This represents about a third of the entire market capitalization, which could be seen as a vote of no-confidence in the asset. This was bound to happen at some point anyway. Participants in this protocol had been receiving an unsustainable 20% yield on their hold, which is abnormally high, even for crypto. Eventually this was going to unwind.
All of this is what caused the implosion. Ugly, bearish, whatever you want to name it, it’ll probably suit this context and will continue to label this situation perfectly.

Although things do look absolutely terrible with little hope in sight, Kwon Do, founder of Terra, is holding onto some form of hope, declaring today that he is announcing a recovery plan for $UST and to “hang tight”.

Rumours in the crypto world suggest that the LFG is reaching out to cryptocurrency investors to raise $1 billion to protect the UST stablecoin. Sources familiar with the matter said that LFG is having active discussions with some of the industry’s largest investment firms and market makers.

Where to from here is anyone’s guess. It’s a wild market out there. Ensure you stay patient and don’t glue yourself too hard to the charts. Stay safe!