The global Bitcoin (BTC) mining industry had a sustainable electricity mix of 59.5% during Q2 of the year, or a marginal increase compared with Q1, according to the latest quarterly survey conducted by the Bitcoin Mining Council.

The latest Q2 report also details how energy efficiency among Bitcoin miners is on the rise.

The full report can be read here.

The survey, which collected data from over 50% of the global Bitcoin mining network, representing 107.7 exahash (EH), said that:

“The members of the [Bitcoin Mining Council] and participants in the survey are currently utilising electricity with a 66.8% sustainable power mix.”

In its Q2 review of the Bitcoin network released on Tuesday, the BMC found that the global Bitcoin mining industry’s use of sustainable energy is up 6% from Q2 2021 and up 2% from Q1 2022, reaching 59.5% in the latest quarter — adding that it is “one of the most sustainable industries globally.” 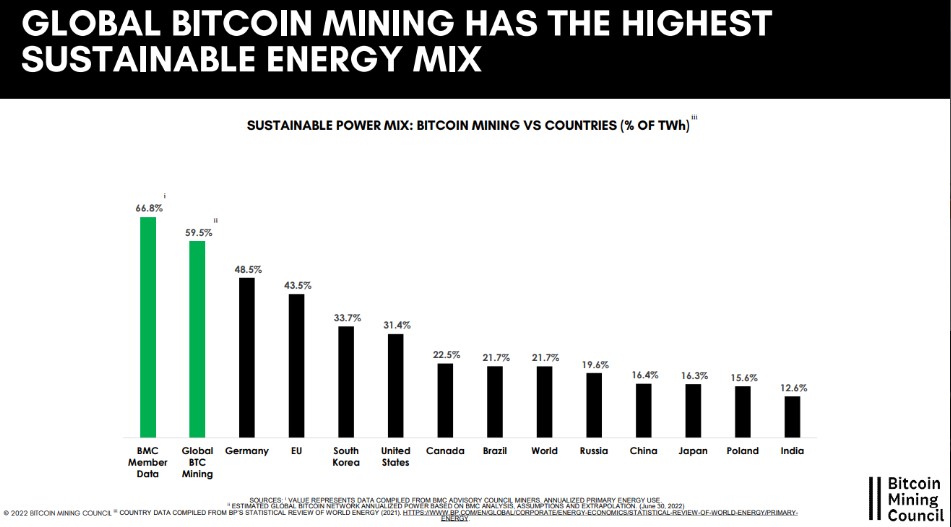 The council observed the increase in miners’ sustainable energy mix has also coincided with an improvement in mining efficiency.

Q2 Bitcoin mining hash rate is up 137% year-on-year, while energy usage is only up 63%, demonstrating an efficiency increase of 46%.

Michael Saylor, CEO of MicroStrategy and infamous Bitcoin investor and HODLer, has also stated that miners’ energy efficiency has grown 5,814% in a BMC YouTube briefing: 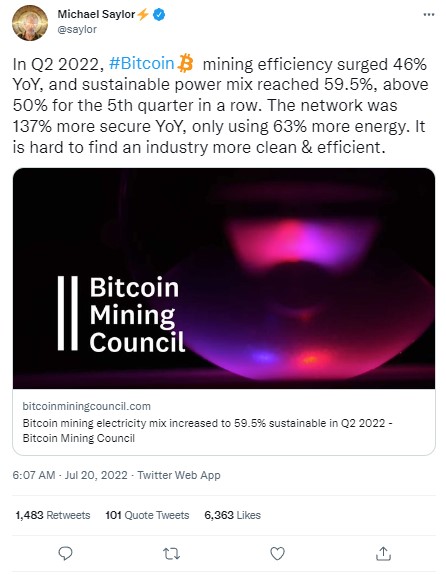 Saylor also said in the briefing that Bitcoin’s detractors’ predictions about the network’s energy use have so far not been accurate:

“People have been predicting that Bitcoin was going to use up all the energy in the world for quite a while. That’s not happening and it’s not going to happen because of the efficiency dynamics.”

Evidently so, it is found that Bitcoin mining accounted for just 0.09% of the 34.8 billion metric tons (BMT) of carbon emissions estimated to be produced globally and consumed just 0.15% of the global energy supply.

During the same briefing, Marathon Digital Holdings CEO Fred Thiel stated that mining efficiency is part of a “virtuous cycle” that will see the industry become “more and more energy efficient:”

“The efficiency gains are 100% focused on energy consumption because energy is our key input cost. As energy prices go up, it forces us to become more efficient.”

In April, Intel unveiled its new Blockscale ASIC, labelling it as “energy efficient hashing for the future”, stating that cryptocurrency mining increasingly demands customised solutions to meet power, efficiency and other unique requirements.

It is a “new generation of ASICs”. Intel Blockscale ASICs are built for the demanding environment of cryptocurrency mining. Each ASIC has built-in temperature and voltage sensor capabilities. The accelerator can be operated across a range of frequencies, enabling system designers to balance performance and efficiency. The Intel Blockscale ASIC is supported by a reference hardware design and software stack to jump-start system development.

An article on this can be read here.

Bitmain in mid-March released the Antminer S19 XP Hyd, a new liquid cooling miner that is its most power-efficient model to date, delivering 255 TH/s at 20.8 J/T.

Being the world’s largest manufacturer of cryptocurrency mining equipment, Bitmain’s new S19 XP Hyd has the greatest power efficiency among all of the company’s rigs.

An article on this can be read here. 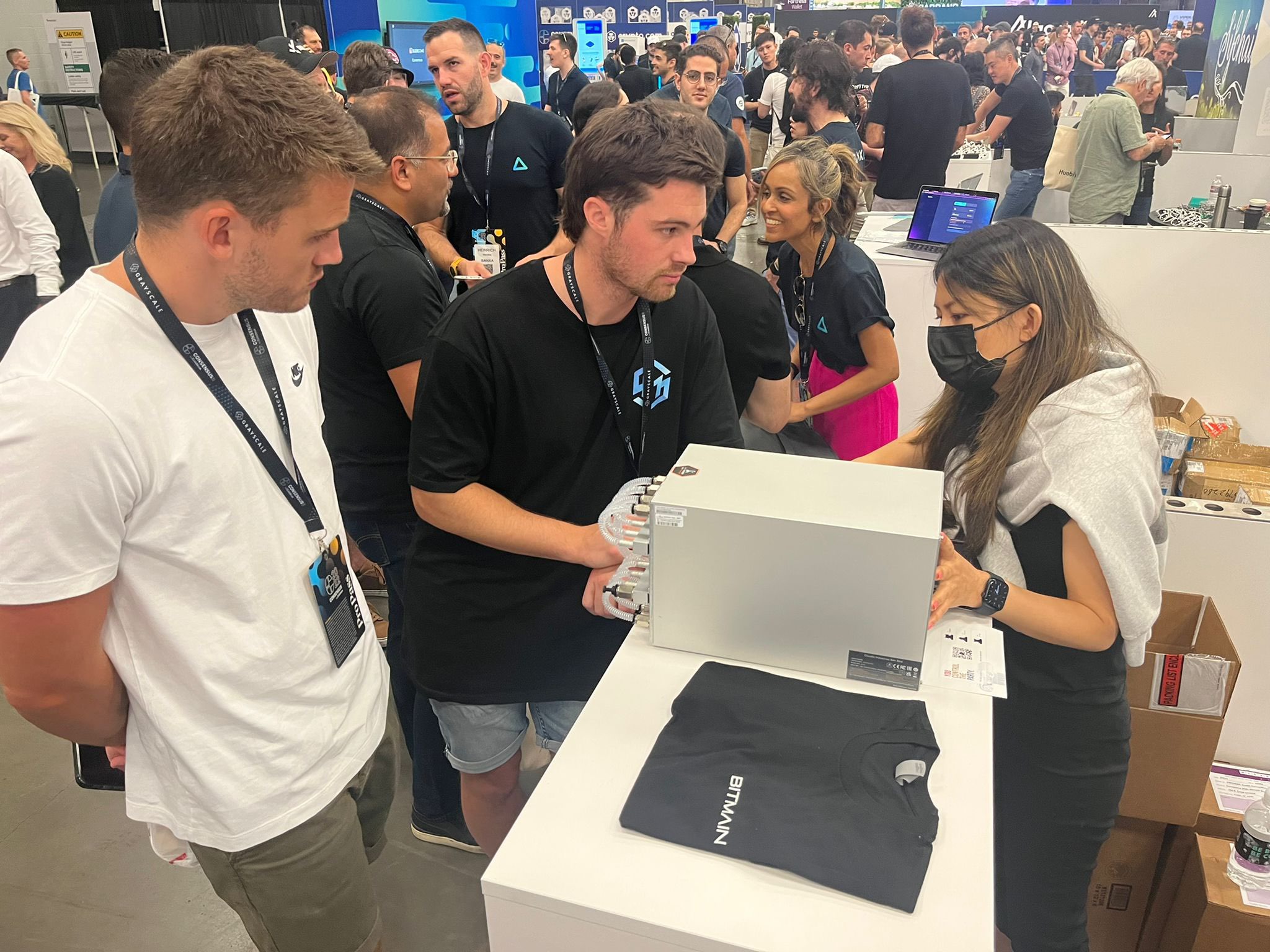 Here is our very own Mining Store team with the new S19 XP Hyd.

Sustainable Bitcoin mining is continuing to vastly improve and is moving in the right direction.