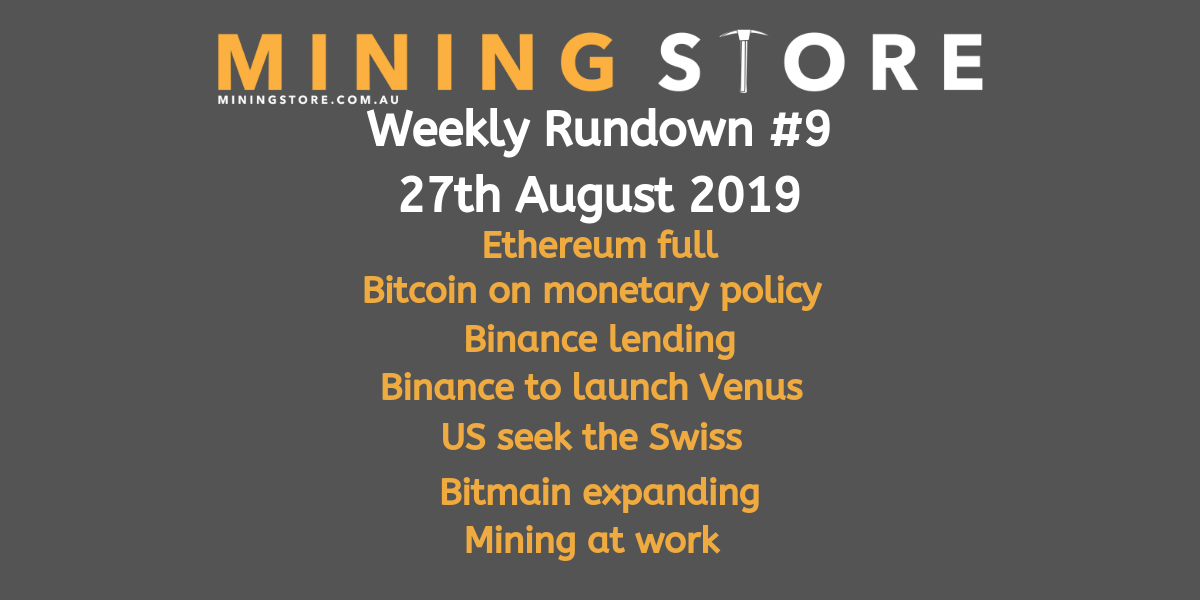 NO VACANCY ON THE ETHEREUM BLOCKCHAIN

Vitalik Buterin, the co-founder of Ethereum has said that the Ethereum blockchain is almost full and that its scalability is a big bottleneck. He stated that:

“If you’re a bigger organization, the calculus is that if we join, it will not only be more full but we will be competing with everyone for transaction space. It’s already expensive and it will be even five times more expensive because of us. There is pressure keeping people from joining.”

Buterin is eyeing solutions where not every computer on the network needs to verify the entirety of the chain, but instead on average will only verify a small portion of the network’s transactions. He believes this could reduce the transaction costs by a factor over 100 with only fairly modest compromises to achieve this. Ethereum has long been plagued with speed and blockchain scalability issues for years now, whilst its great to see demand outstripping development, Buterin and his team face a tough assignment.

Cointelegraph reported this week that “Bitcoin simply existing positively impacts Monetary Policy”. The article was based around a paper written earlier this month by Max Raskin (New York University), Fahad Saleh (McGill University) and David Yermack (New York University) and can be found here. If you have time I recommend having a read. The paper focuses on the fact that cryptocurrency does not have to replace the dollar but instead the very existence of them act as a function for checking both fiscal and regulatory policy. These benefits could be summed up in three categories as listed below:

Second, the authors argue that cryptocurrencies encourage local investment and serve as a complement — not as a substitute — for that investment. In offering an alternative to local fiat, they discipline monetary policy — again reducing inflation — leading to higher returns from investment and thus more investment overall.

Third, the government itself gains from permitting the use of cryptocurrencies within the local economy, given that it extracts revenue through taxation and thus benefits from the higher levels of local investment.”

This week was a relatively slow week for crypto traders who love their volatility. BTC danced around the 10k USD mark constantly coming above and below it but failing to show any clear signs of strength or weakness.

BTC is still in an upward trend and we are coming to the end of the pennant which was discussed in last weeks post. This usually signals a break out to the upside.

Keep an eye on the key support line at 9100 USD, if we break this on the down side we could see a big correction in BTC price. Outside of the support line, the 50 MA line continues to trade higher than the 200MA line, however it looks to be flattening out. Keep and eye on the 50MA line in case it starts to approach the 200MA for a death cross.

Binance has announced two initial lending platforms that look to be going live on the 28th of August 2019. The first round will be open for 200,000 Binance (BNB) tokens and 10,000,000 USDT, the returns are said to be 15% and 10% annualised over 14 days respectively. In future Ethereum Classic (ETC) lending looks like it will be the third option added. This provides some insight into the 35%+  gains ETC experienced over the last week, insiders clearly aware of this pending announcement.

Binance will take these coins to use against its margin trading business, given “Binance’s recently-launched margin trading business charges users who borrow BNB and USDT an annualized interest of as much as 109 percent and 10.0375 percent, respectively.” Be aware that while the returns on your personal BNB tokens are quite competitive in the normal investment market at 15%, Binance are most likely making upwards of 100% on these tokens. Not a bad business structure if you ask me!

Binance has announced the launch of an open blockchain project named “Venus”, fittingly perhaps as Greek mythology has Venus as the ruling planet over Libra, a subtle hint to Facebook that they are not the biggest players in the blockchain space. It will be “an initiative to develop localized stable-coins and digital assets pegged to fiat currencies across the globe.” Binance will look to create alliances and partnerships with governments globally in the pursuit to offer them a stablecoin alternative that they have input into creating alongside a company that understands blockchain and cryptocurrencies.

US LAWMAKERS HEAD TO SWITZERLAND IN SEARCH OF ANSWERS

Six US lawmakers will head to Switzerland to understand more about how the country has legislated cryptocurrencies. Whilst the US will be seeking broad answers and understandings on the countries legislation’s, the main focus for the trip will be to understand just how Facebook’s Libra coin will operate legally out of Switzerland and the possible cross border effects it may have on the US.

I think its worth taking a minute to consider how disruptive the Facebook Libra coin has been to the USA, congressional hearings and now deep research into Swiss law, if you compare this to the Binance initiative and how they are approaching the situation, offering up the solutions in the form of a platform that will look to work with governments from the get go, it lends you to thinking that these stable-coins are inevitable, there is clearly a demand and interest for them, its really just a matter of how and when really.

THINK TWICE BEFORE MINING IN THE SERVER ROOM

If you haven’t thought about it at least once, you’re probably not a miner, but most of us have though about hiding our mining rigs in the server room at work, free AC, electricity and internet. Nuclear power plant workers in the Ukraine had just this idea earlier this year when they setup GPU mining rigs within the administration and protective barracks of the state nuclear power plant. It’s unknown how they were caught but I dare say the multiple new internet connections at the plant may have given them away. Perhaps a new perk for employees could be free power for a month if you win employee of the quarter…

This hasn’t been the first time either, Russia, the Australian Bureau of Meterology and Romania all have reported employees mining at government sites. I wonder if government run facilities could benefit from large mining farm setups? Power plants such as the one in Ukraine and solar farms across the world generally experience large spikes in unusable or commonly referred to as “grounded” energy that is just wasted every day as the network demand isn’t there for it, surely instead of grounding this it could be used to secure a digital future for that country?

It has been reported that Bitmain has placed an order for 600,000 new 7nm chips, these are the chips Bitmain uses in its Bitcoin miners. “Based on this calculation, after half a year, Bitmain’s total network computing power will skyrocket by about 50%, the publication notes, adding Bitmain’s valuation will subsequently top $12 billion”.

Keeping in mind that the Bitcoin halving is due next year, if we were to keep all things consistent and Bitmain’s total hashrate did increase 50%, and you factor in a bitcoin halving, the price of Bitcoin would need to considerably increase to ensure all of this new hardware, and the existing network stayed profitable. The network hashrate already hit a new time high this year, meaning the most secure its ever been, it looks inevitable that this security will jump hugely early next year, along with Bitcoins price.

Alternative.me Fear and Greed index has been somewhat boring lately, floating in and around the 30-40 range, with most investors seemingly on the side of fear. While we sit in this consolidation range of $10k USD a dollar cost average approach should still be followed. Keep a strong eye on when and if the monthly close for Bitcoin ever reaches above $14k USD, this would signal an extremely bullish event as it would be the first of its kind.

The fundamentals and the reason everyone invested in this space initially haven’t changed, and every day that passes new advancements push the cryptocurrency space forward. If you are a believer that Bitcoin will breach it’s all time high of $20k USD in the future, now is a perfect time to top up. Do not get bored and sell because you haven’t seen 20-30% gains in a week. The longer Bitcoin as an asset exists for the more “normal” its movements will be. They will still be incredible compared to your gold and indices markets, but will slow compared to those of years passed.