This week we cover:

When will we see Bitcoin break 20k?

This week saw Bitcoin finally break it’s all time high but also abruptly rejected near the $20,000 resistance. Let’s look at some reasons why..

Much like what we’ve been used to over the last few months, the market sentiment on Bitcoin became incredibly bullish once it surpassed it’s all time high on coinbase this week. Following this heroic milestone, large whales and miners began to sell, causing sizable liquidations across major exchanges which is one of the key reasons we saw rejections at the $20k resistance.

Why would whales and miners sell? For very large investors, liquidity tends to be the driving force behind their success. Typically, when there is very high levels of excitement and greed in the market and high buyer demand, whales like to sell as this enables them to easily offload their holdings without causing a large amount of volatility. Following this event we saw Bitcoin immediately drop down to $18,200, but quickly spike right back up to $19,400 which shows very positive strength and proves that the macro outlook on Bitcoin is still highly bullish. A potential consolidation around $19,000 is a likely scenario, which will allow the digital asset to rebuild and continue it’s ruthless momentum.

What do YOU think is next for Bitcoin? At Mining Store, one of our passions is hearing, sharing and discussing our strategies within our large cryptocurrency community. As we always say, 10x your development by surrounding yourself with experts. Luckily, to dip your toes and find out more you do not have to pay anything. Join our community through our 30 day free trial.

Ethereum going from strength to strength

Last week we covered the incredibly successful launch of ETH 2.0 and showcased the impressive contract numbers that took place. ETH 2.0 is one of many highs in Ethereum’s excellent 2020 as this week saw the networks market cap reach 67 Billion which is a year to date gain of 322%. These figures have surpassed very large institutions such as General Motors and CME group. Not only that, but this week saw the asset set a new 2020 all time high of $635.70 on Dec 1st.

Even with Bitcoins price exciting the masses, Ethereum’s price has outperformed BTC YTD which shows incredible signs for the 2nd most valuable Cryptocurrency. One major point to note is that ETH is still sitting substantially below its previous all time high of $1,431, but many argue the slow consistent pace in which Ethereum is moving, will be the ultimate reason for its success.

It’s difficult to compare Ether to listed institutions like CME group and General motors, however traders will certainly be drawing comparisons based on the number and market capitalization. The Cryptocurrency will act more like a commodity such as Oil, Gold and Bitcoin. When comparing market cap to other companies, you have to take in consideration the major drivers of their value as there will inevitably be huge differences.

To conclude, Ethereum’s year has shown great achievements and consistency throughout and proves to be an exciting asset moving forward. One question still remains, will we see the cryptocurrency surpass it’s all time high of $1,431 in the near future?

How Cryptocurrency can help our future

As we predicted, Cryptocurrency and Blockchain Technology are gradually becoming part of the mainstream. Many institutions and high level investors are opening their eyes to the infinite possibilities in the world of digital finance. Below I have listed some of the key reasons WHY cryptocurrency can build a better future for us and help the global economy.

The Cryptocurrency industry is growing at an unfathomable pace and is creating money making opportunities everywhere. It has helped millions of individuals grow financially, through buying/selling, trading and has increased entrepreneurship with it’s efficient way of receiving transactions.

The ease of use when it comes to transacting cryptocurrency has been one of the most notable differences between the traditional banking route. Unfortunately, more than a third of countries don’t have access to stable banking services. With Crypto taking away the ‘middleman’ it allows individuals from all over the world to easily send money through their crypto wallets, resulting in everyone becoming more financially connected.

Cryptocurrency and blockchain are not reliant on anything but themselves to exist and thrive. Because of this, there are minimal fees involved when sending your crypto from one party to another

We have already touched on the transparency of payments in previous write-ups when discussing the major benefits of blockchain. But this one distinction is an incredible asset to the world of digital currencies. Our biggest fear in the current banking system is a lack of transparency. As Cryptocurrency and Blockchain is completely automated and digitized, they are all tracked in a distributed ledger diminishing the ability for any party to manipulate the procedure, taking away any opportunities to undertake fraud and corruption. 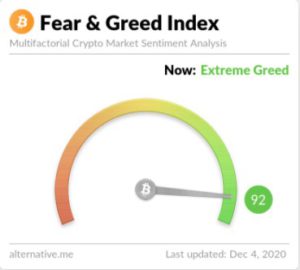 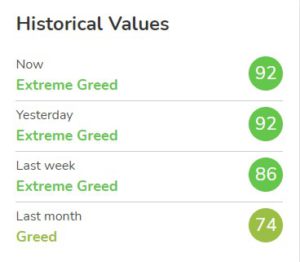