As highlighted last week, the BTC network reset resulted in a 7% jump in mining difficulty.

Last week the BTC network reset resulted in a 7% jump in mining difficulty as the overall network hash rate continued to climb. The recovery can be attributed to Chinese miners finding sites to deploy their rigs and other investors expanding their own mining operations to take advantage of the current mining climate. BTC enjoyed another positive week reaching highs of $48k USD. Despite the rise in mining difficulty, conditions are still very favourable as the overall network hash rate is far below the previous peak.

For its part, bitcoin has been viewed as an asset that isn’t correlated with many others. However, fundamental news coming from the US could be weighing on BTC prices today. 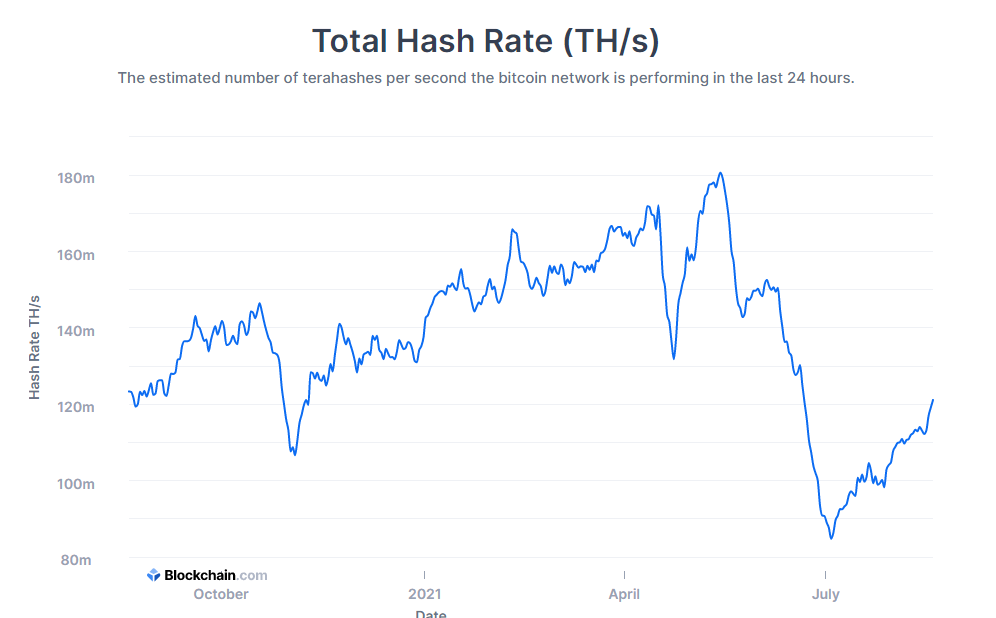 This morning FOMC minutes indicated the FED is willing to start reducing asset purchases before the end of the year. Some FED members expressed concerns over inflation, though opinions varied. However, the summary of the July 27-28 Federal Open Market Committee gathering indicated that the central bankers wanted to be clear that the reduction, or tapering, of assets, was not a precursor to an imminent rate hike. The minutes noted that “some” members preferred to wait until early in 2022 to start tapering. The minutes showed that the economy had reached its goal on inflation, and was close to being satisfied with the progress of job growth. The comments can be taken as more hawkish. In a nutshell, the FED minutes showed a number of members are ready to begin pulling back on bond purchases which drives money directly into the stock market and other assets like crypto.

Why is this important?

Since the covid-19 market crash back in March 2020, the FED and the US Government has been supporting the financial markets through stimulus checks and bond purchases (money printing). This is why the US stock market is trading near record highs and has also played a part in supporting BTC prices throughout the year.

A survey back in March 2021 estimated that roughly 10% of all stimulus money flowed into BTC directly (Mizuho Securities). Retail investors poured stimulus money into BTC and other riskier assets as interest rates were at record lows. Money in the bank would lose value due to the 0% interest rate and rising inflation. This pushes investors into higher-risk assets like stocks and cryptos.

With economic data on the rise, stimulus and the speed of asset purchases from the FED will no doubt decrease (highlighted this morning). BTCUSD has faced a pullback from the $47k resistance and could see a deeper correction due to the strengthening USD. The USD is on the rise as the market adjusts to the FED’s comments in the FOMC statement early hours this morning. A reduction in bond purchases would mean a decreased supply of USD (less money flowing into stocks and cryptos). Simple supply V demand theory supports a stronger USD over the coming sessions. Investors will be looking towards the Jackson Hole meeting towards the end of August for the latest comments from the FED and an indication as to when bond purchases will be pulled back. 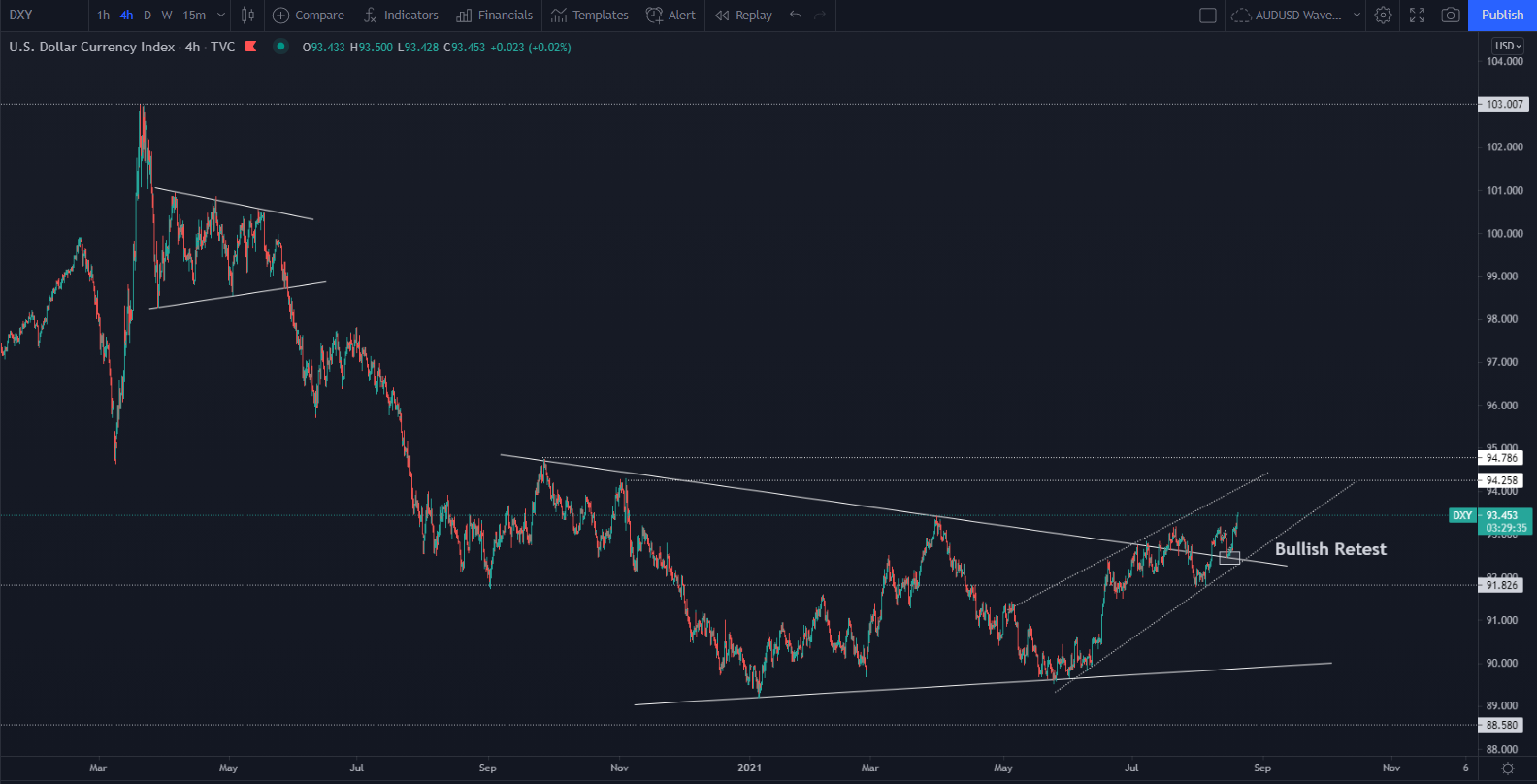 Looking at the DXY from a technical perspective there has been a pennant breakout followed by a classic retest. The dollar is now running higher post FOMC minutes this morning, which could be weighing on BTC prices in the short term.

BTC is trading on the rising trendline which has provided support previously. If price action breaks down, we may see a revisit to the 42-40k area in the short term. Over the last month, BTC has rallied over 45% from the 30k lows there for a pullback in the market would be natural, and for investors who are HODLING this should not be of concern.

Despite the pullback from resistance, the overall fundamentals for BTC remain positive and suggest further upside is yet to come in the medium to long term. A key hurdle BTC needs to break through is the 48k resistance. It has been reported that $222 million worth of stable coins has flowed into centralized exchanges. When the value of this metric goes up, it means more investors are sending their coins to these exchanges for buying other cryptocurrencies like Bitcoin.

That is all for now legends! Any thoughts are comments please reach out below….