Surprisingly, China has banned crypto transactions for the ….. 100th time, paving way for the digital yuan (personally I can’t see this catching on).

It appears as though the Chinese government is attempting to prevent citizens from accessing methods to move money freely overseas during a time of great uncertainty in their economy. Not only is the property market coming under pressure, but also the energy market. Chinas GDP is expected to shrink in the coming quarter, which could impact supply chains around the world.

The energy crisis engulfing the UK and Europe is being driven by the global shortages and soaring costs of gas and oil. In China, the energy shortage is coal-driven and is largely the result of decisions made in China. Two-thirds of China is now rationing power consumption.

It is no surprise that risk assets including cryptocurrencies have failed to make an impulse move to the upside. Instead, BTC has been trapped inside a triangular formation and equities have remained under pressure. This is also being fuelled by an increased demand of investors looking to hold USD rather than risk assets. During times of economic uncertainty, investors favour US dollars rather than equities and risk assets. As highlighted last week, BTC has a slight correlation with the US stock market during its downswings. There are also fears of bond tapering and interest rates rising in the US, which the market appears to be pricing in. The market will need to re-adjust in the short term.

Fundamentals around the global economy have turned negative, especially when considering China’s debt market. Fears of Lehman Brothers type of event have been posted online, however, we don’t see this scenario being a high probability.

From a crypto perspective, the week was full of positive news events.

The El Salvador President potentially shared a video showing the progress of the countries BTC mining plant powered by volcanic geothermal energy. The President said in June he would be looking to build a very cheap, 100% clean, 100% renewable, 0 emissions mining operation. Furthermore, social media giants, Twitter, announced last week that users on IOS can now tip content creators using BTC, in an attempt to expand in the crypto space. 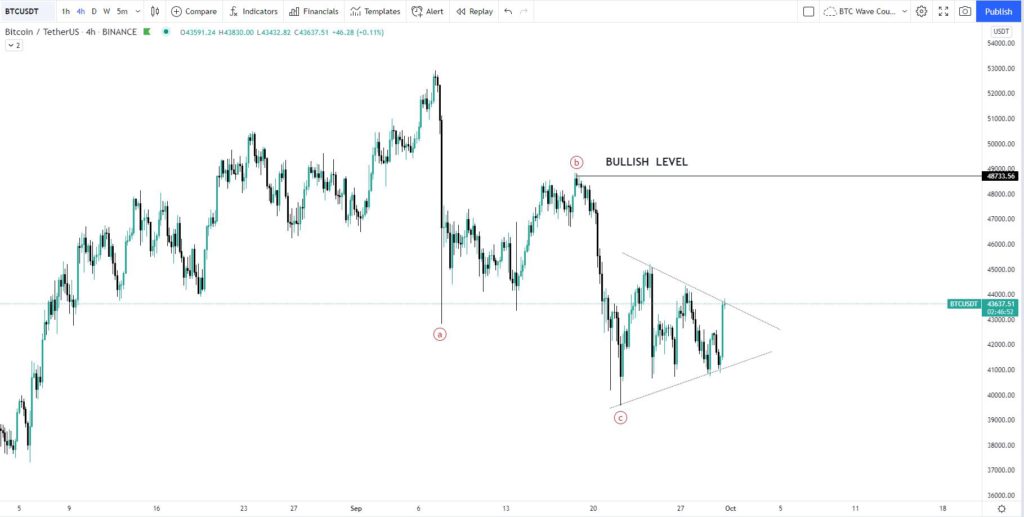 There has not been a significant move on BTC since last weeks email update. As you can see BTC is trading inside a triangular formation, or also known as a pennant structure. Short term speculators will be watching for either a breakout to the upside or downside before entering the market. Based on our ABC wave correction last week, we still see the $48,700 USD level as the key BULL zone. 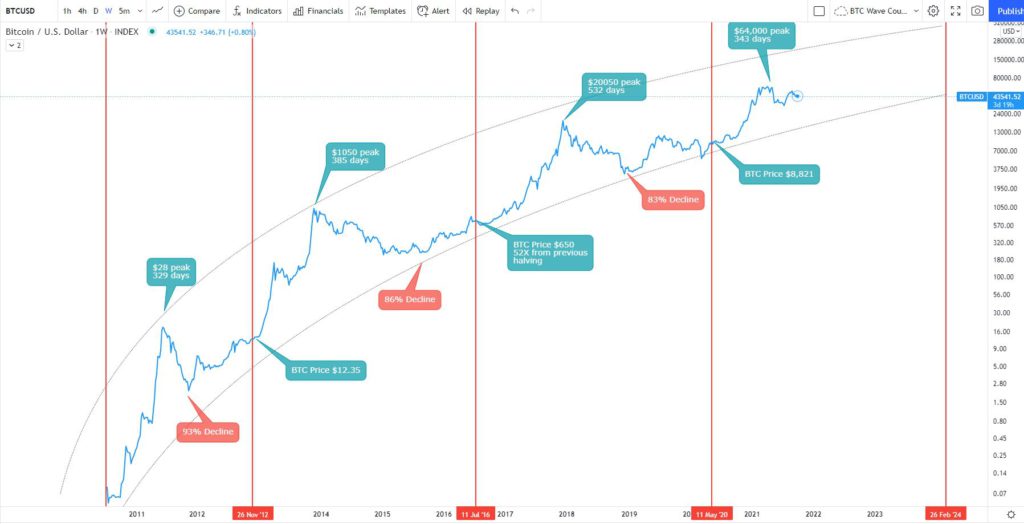 The next BTC halving event is not until March 26th 2024 (ETA), providing us miners roughly  908 days to capitalise on the current BTC mining rewards. The key question is whether this bull run is over in the short term or whether the BTC bullish period which occurs during October-December will take place. For us miners who are HODLING for the next 5-10 years the short term price action is irrelevant.

As you can see on the chart, BTC generally enjoys a huge bull run post halving events as the market adjusts to the decrease in BTC supply. Simple supply V demand theory. Something that the other peaks have in common is a typical “blow-off top” scenario which hasn’t occurred just yet for BTC. A blow-off top is where an asset moves parabolic to the upside and every man and his dog are buying. The asset will move near vertical to the upside. The rally into the $64,000 resistance appears to be a more steady rise compared to the previous tops.

BTC Price On The Day Of Each Halving

BTC Price At The Peak Of Each Bull Run 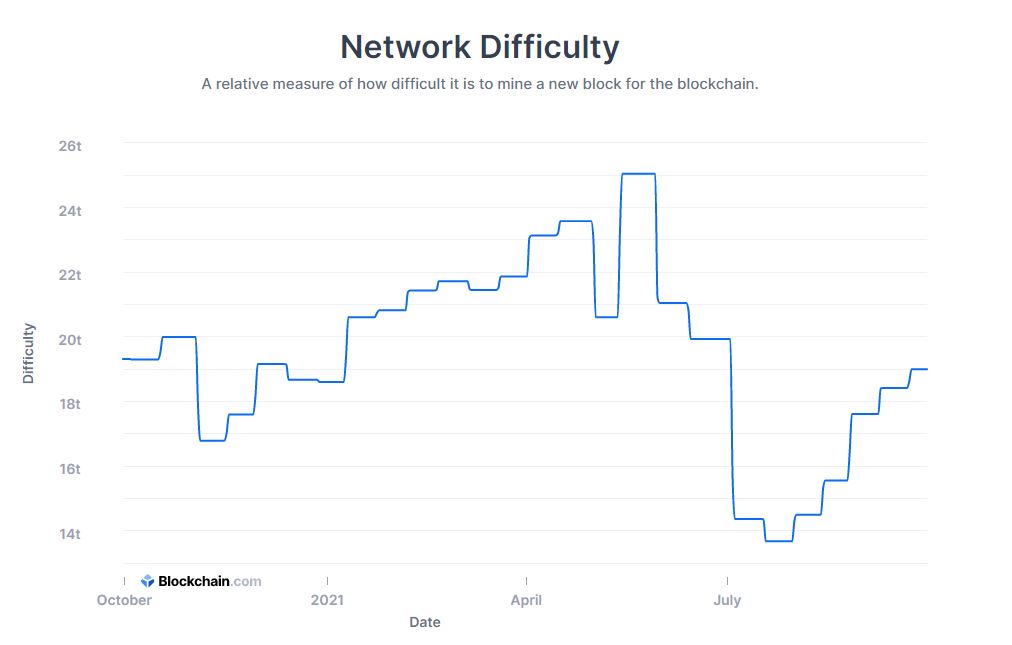 BTC mining difficulty is still a long way from the peak prior to the China FUD. Miners in China appear to be lagging due to the bottlenecks on the infrastructure side. However, we do expect miners to gradually come back online over the coming months. Mining conditions are extremely favorable from a BTC perspective at the moment, and once the BTC spot price breaks the $48,700 resistance it will also be favorable from a USD perspective.

With the halving event over 900 days away, there is plenty of time to accumulate as much BTC over the next 2-3 years.

The figures above are based on an $0.115 AUD per KWH in our hosted facility. Using the estimated BTC mined per year, per miner, we can calculate a rough date of when 1 BTC will be mined. Your total cost to gain 1 BTC would include the initial outlay for the miner, followed by the daily electricity rate to run the miner within the hosted solution. The estimated cost of mining 1 BTC is presented in AUD values.

If you see the value of BTC staying above $30,000 AUD over the next 5-10 years then mining BTC is the best method to accumulate the asset.

Again, the figures in the chart should be used as a rough guide only, they are not to be used as exact figures due to the ever-changing market conditions, overall network hash rate and the btc halving event.

If you would like a call to discuss any of the above in more detail, you can use the link attached below. That is all for now!