Principal Assistant Director for energy for the White House office of science and technology policy, Costa Samara, has detailed that the White House is seeking to introduce policies to lower cryptocurrency mining energy consumption, according to a report from Bloomberg Law.

“It’s important, if this is going to be part of our financial system in any meaningful way, that it’s developed responsibly and minimises total emissions,” Samaras reportedly said. “When we think about digital assets, it has to be a climate and energy conversation.”

Regulators were tapped by President Biden’s administration earlier this year in a “whole of government” approach to understanding and regulating the broader cryptocurrency space as Biden signed an executive order. The order set timeframes, most within a 120 to 180-day period, to publish reports in conjunction with other governing bodies intended to guide the administration through a largely misunderstood market.

The President’s order is the very first time that the U.S. government has sought to develop a coordinated plan for the regulation and development of digital assets and cryptocurrencies, representing an important first step in direction of a consistent regulatory policy.

The Executive Order outlines some objectives like; protecting US consumers, investors, and businesses, preserving the stability of the US and global financial systems, preventing illicit finance and national security risks,  reinforcing US leadership in the global financial system and technological competitiveness, amongst other things. 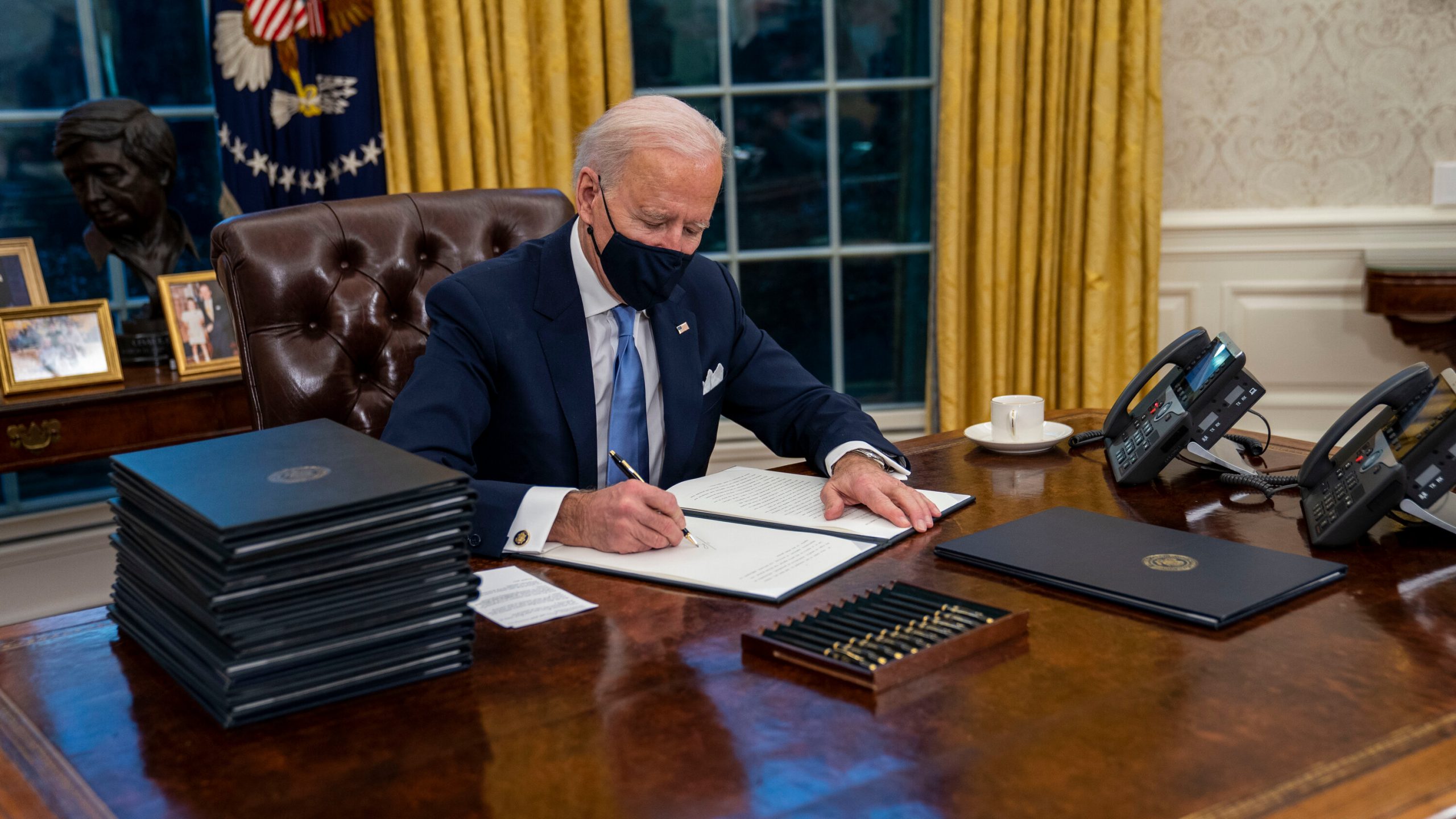 Some see the role of the federal government as shaping disclosures to investors who will then push cryptocurrency miners to clean up their operations.

“I have a really hard time seeing some sort of a stick approach,” said Jesse Morris, CEO of Energy Web, a technology company that works with utilities and consumers to accelerate decarbonisation.

“I think the most bang for their buck is going to be on education and disclosure of bitcoin mining, and that would send a huge signal, too.”

Last month, Energy Web unveiled a scoring system that would show how Bitcoin miners, and potential other industries, are using their consumption to drive lower emissions.

“The big indicator that we’ve got traction is when an investor comes out and says, ‘That’s what I want to use,’” Morris said.

Cryptocurrency mining is already hitting an electric sector that is already facing large demands from global warming, ageing wires, shifts to renewable energy, and a push towards electric transportation.

The reality is, mining is an energy-intensive process, completing and verifying transactions of Bitcoin, Ethereum and many other cryptocurrencies. It depends on extreme amounts of energy, consuming more electricity each year than many individual countries, including Pakistan and Finland, according to the Cambridge Bitcoin Electricity Consumption Index. Its global annual consumption is roughly equal to all the lights and televisions in the US combined, the index estimates.

For us miners, it’s imperative that the studies conducted by the White House become valuable in learning how much electricity Bitcoin miners are consuming, then improving flexibility, as a lot of companies are implementing renewable energy, with some studies suggesting 58% of BTC mining is through renewable energy.

According to Bloomberg, the White House report is expected to be complete by August. The policy response is yet to be determined.

In May 2021, China cracked down on crypto mining operations, sending many miners to Kazakhstan. However, spiking fuel prices in Kazakhstan led to riots in January 2022, after which utilities cut power supplies to the sector.

As governments around the world contend with record natural gas and coal prices, it seems the industry has found a safe haven in the US (particularly Texas), for now.

However, with the White House looking to lower cryptocurrency mining’s energy consumption and emissions footprint, miners and energy investors alike are sure to remain focused on upcoming policy measures from the White House.

We will provide updates as they are released!